A warning to suppliers to ensure the wording (and execution) of an agreement meets personal guarantee requirements.

When providing goods and services on credit terms, more often than not, the supplier of goods  (the Supplier) will require the director/s of the company purchasing the goods (the Purchaser) to personally guarantee the obligations of the Purchaser. If the Purchaser fails to make payment or is placed into external administration, the Supplier will have recourse against the individual/s that provided the personal guarantee.

The recent case of Reozone Pty Ltd v Rene Santoro [2016] NSWSC 1383 (Reozone) is a warning to Suppliers to ensure the wording (and execution) of any agreement intended to personally bind an individual properly does so.

Like many trade credit agreements, the agreement in Reozone contained two execution clauses:

When executing in the relevant space for clause 1, the Purchaser in Reozone signed against the words “Accepted for and on behalf of the Company [by the director]”.

The space for execution next to clause 2 (the personal guarantee) was left blank.

As is an all too common occurrence, the company with whom the Supplier traded with failed to pay numerous invoices. Accordingly, the Supplier sought to enforce the guarantee they thought had been provided by the Purchaser.

In Reozone, the Supplier was forced to think again!

The question that needed answering was “if signing in your capacity as a director, are you still personally bound by the contract if you fail to execute the relevant guarantee clause”?

The Supplier argued that a reasonable person in the position of the Supplier would believe that by signing in the space next to execution clause 1, it was an acceptance of clause 2 as well. It was further argued by the Supplier that it would make no commercial sense to continue to allow the company to incur significant debts if they did not have the security of a personal guarantee.

Where the Supplier became unstuck in this scenario is that when Ms Santaro executed in the space next to clause 1, it was with the qualification that she was the director of the Purchaser. There was no acceptance of personal contractual liability.

Quite simply, the Court rejected the Supplier’s argument on the basis that “Ms Santoro simply did not sign the document in her personal capacity”.

The Court noted that when the executed document was received and it was noticed that the “personal guarantee” clause was not executed, the Supplier should have requested the Purchaser to do so. They did not.

Reozone is not a case that re-invents the wheel. Rather, it is a reminder of the pitfalls at not ensuring that contractual documentation is accurately completed.

In Reozone, the Supplier could have simply refused to supply goods until the personal guarantee clause was properly executed. They did not.

Dajana is a Partner at Polczynski Robinson and has over 17 years experience in the areas of commercial litigation, insolvency and restructuring and trade credit insurance. 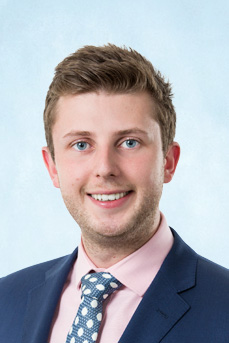