The rapid rise of social media influencers has paved the way for a similarly rapid rise in these influencers granting ‘fame and image licences’ to separate entities with the effect of reducing their income tax liability (Fame and Image Licensing Arrangements).

In Australia, fame or image are not recognised under Australian intellectual property law and therefore the licensing of them is legally complex.

In summary, the legal right to license your fame and image exists due to the various causes of action available to an individual against others who might be using that individual’s fame or image without consent. These causes of action mean that individuals can require payment for the use of their image and by extension can grant licences authorising the use of their image to separate entities. Below is an example of how a typical Fame and Licensing Arrangement works.

In 2017, Influencer X was approached by a sportswear clothing company (the Company). The Company offered Influencer X $100,000 to publish a series of social media posts featuring and endorsing the Company’s product.

In the 2017-18 financial year (the Financial Year), Influencer X paid income tax at the top marginal tax rate and would have paid tax of $45,000 on the $100,000 payment had it been paid directly to them. Instead, as Influencer X’s spouse was the sole beneficiary of the Trust and earned no other income in the Financial Year, when the Trust distributed the $100,000 of ‘licensing’ income to them, they only paid $24,632 of tax.

As the above scenario illustrates, where an individual grants a fame or image licence to a separate entity they are able to realise various tax benefits which may not be available to other non-high profile individuals.

The Australian Government Treasury Consultation Paper, published in November 2018 stated that the Government is concerned that Fame and Image Licensing Arrangements compromise the integrity of Australia’s tax system, particularly in the context where there is evidence that Fame and Image Licensing Arrangements are being entered into deliberately to shift income outside of an individual’s personal assessable income.

The 2018-19 Budget Papers confirmed that the Government intends to legislate that all remuneration (including payments and non-cash benefits) provided for the commercial exploitation of a person’s fame or image will be included in the assessable income of that individual. This legislation was expected to come into effect on 1 July 2019, however in the absence of the foreshadowed exposure draft legislation as at June 2019, it remains to be seen when exactly the legislation will come into effect.

Assuming the policy is passed into law there will be a significant impact on both existing and proposed Fame and Image Licensing Arrangements. Contracts, deeds and other legal documents relating to Fame and Image Licensing Arrangements will need to be reviewed to ensure their compliance with the new laws and also to assess their commerciality in the context of the new legal and taxation landscape.

Polczynski Robinson is expertly placed to assist in the navigation of these proposed changes to Fame and Image Licensing Arrangements. If you are concerned that you might be impacted by the proposed ‘Instagram Tax’ please contact Andrew Robinson or Hugh Farquhar on 02 9234 1500. 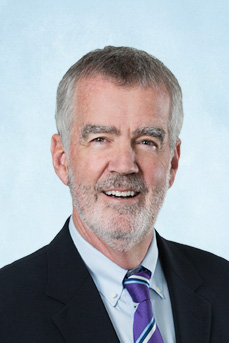 Andrew established his own legal practice in 1982 with specialisations in tax disputes, corporate reconstructions, franchising and commercial negotiation.  Prior to that he had a background in litigation and commercial law at Freehill Hollingdale and Page, where he had day to day conduct of the then largest litigation case in Australia.