The DIN regime is the most recent addition to a suite of reforms known as the Modernising Business Registers (MBR) program, which was introduced by the Government in the wake of the Banking Royal Commission.  Under the program, 31 registers currently administered by ASIC and the Australian Business Register (currently operated by the ATO) will be migrated to a single digital registry system. The stated goals of the MBR are to:

The DIN regime will commence on a day to be fixed by proclamation (or otherwise within two years from the day the Bill receives Royal Assent) and will be administered by an existing Commonwealth body to be appointed by the relevant minister.  If all goes to plan, this is expected to take place in the first half of 2021.

Once the regime comes into force, there will then be a transition period of 12 months during which existing directors will be given a certain amount of time – yet to be fixed – to apply for a director ID, whilst newly appointed directors will need to apply within 28 days of their appointment.  After this grace period, prospective directors will need to apply for a DIN prior to their appointment.  The registrar will issue a DIN where it is satisfied of the identity of the director, although the identity verification requirements are also yet to be established.

The Government has claimed that the introduction of the DIN as part of the MBR ‘will prevent the appointment of fictitious directors, and facilitate traceability of their profile and relationships with companies over time’, but the recent sentencing of two “pre-insolvency” advisors brings into sharp relief holes that remain unplugged by the raft of new legislation.

Stephen O’Neill and John Narramore were recently sentenced to terms of imprisonment for money laundering offences related to their participation in an asset-stripping scheme to defraud creditors.  In late 2014, they advised Richard Ludwig, the former director of Cap Coast Telecoms Pty Limited (Cap Coast), to strip the company of its assets before placing it into liquidation.

Messrs O’Neill and Narramore – of pre-insolvency firm SMEs R Us Pty Limited – facilitated this fraud on the company’s creditors by issuing fake invoices from entities under their control to Cap Coast and once “payments” were received, the funds were transferred to Mr Ludwig and his associates.  By the time Cap Coast was wound up, on 19 January 2015, it had been stripped of $743,050.  Creditors of the company were owed $2,995,128.

But this is not a first for Mr O’Neill.

In 2017 and 2018, the ABC identified Mr O’Neill as one of “three central figures in the ‘pre-insolvency’ field”, noting that he had previously been convicted and imprisoned – in 2001 – for defrauding customers of his mortgage-broking business.  The ABC noted that, despite increasing and obvious fraud, prosecutions were not keeping pace.

ASIC’s recent success in prosecuting those involved in the Cap Coast asset-stripping – together with the introduction of penalties aimed at preventing “creditor-defeating dispositions” of company property earlier this year – are no doubt welcome developments.  But Mr O’Neill and others have continued to operate in this area, relatively unchecked, over many years, assisting the controllers of companies to defraud their creditors of millions of dollars, and prosecutions remain few and far between.

Whilst the DIN regime will no doubt assist with the identification of serial phoenixers, it remains to be seen whether the regulators will put their new enforcement mechanisms to good use.

Polczynski Robinson can assist in all aspects of company incorporation including the appointment of directors and DIN requirements.  For further information please contact Kylie Tate or Adriana Collingwood-Smith.

Kylie is a Special Counsel at Polczynski Robinson.  Her broad experience ranges across corporate and personal insolvencies, banking and finance and complex commercial litigation in New South Wales, Queensland, Victoria and Western Australia. 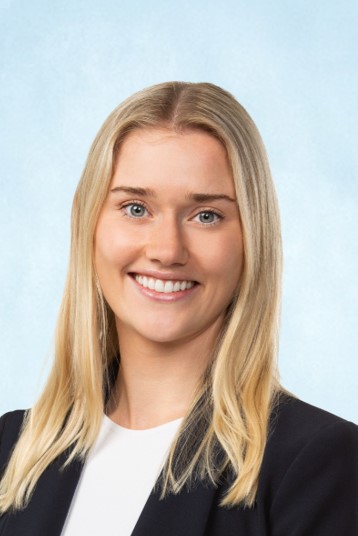 Adriana graduated from the University of Sydney in May 2018 after completing a combined Bachelor of Arts/Bachelor of Laws degree.

Before joining Polczynski Robinson in June 2019, Adriana worked as a barrister’s assistant in appellate matters. Since joining the firm, she has gained valuable experience in commercial litigation and restructuring and insolvency matters.