The Operator Agreement provided that ARS was required to conduct the SkyShip Business during normal business hours throughout the term of the contract. Voyages had the right to terminate the Operator Agreement if ARS breached any of its terms and did not remedy that breach within 14 days of receipt of a breach notice.

The Operator Agreement did not include any provision about the parties’ obligations if ARS was unable to conduct the SkyShip Business due to, for example, damage to the balloon.

The winds of change

Following the October 2018 Incident, ARS informed Voyages that it would be unable to resume the SkyShip Business for approximately 9 months.

Voyages issued a default notice under the Operator Agreement (the Default Notice) asserting that ARS was in breach of its obligations in failing to operate the SkyShip Business and requiring ARS to recommence that business within a short period of time.

ARS was unable to recommence the business in time. Voyages then issued a termination notice under the Operator Agreement.

ARS then issued proceedings with the main issue being whether its failure to operate the SkyShip Business after the October 2018 Incident constituted a breach of the Operator Agreement entitling Voyages to terminate.

The Court rejected these submissions and sided with Voyages, finding that:

How we can help?

This case highlights the importance to contracting parties of carefully considering risks, negotiating how those risks should be borne and clearly recording those matters in any commercial contract.

We can assist you in negotiating and drafting commercial contracts which are clear in the terms and properly protect you by plainly defining where risks should fall and what should happen if the risks eventuate. A well drafted contract could be the difference between your business being a soaring success or a burst bubble!

Stephen is the Managing Partner of Polczynski Robinson and is widely experienced in commercial and corporate, commercial disputes, insolvency and restructuring and insurance. 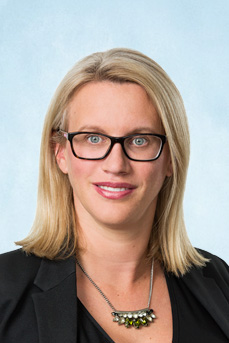 Claire is a highly skilled Senior Associate with over 10 years' experience as an insolvency and commercial litigation specialist. She advises and represents a range of commercial clients in complex litigation.

Polczynski Robinson is very pleased to announce the appointment of Richard Lyne as a partner of the firm, effective 1 March 2020.

The man who ‘Chanced’ it, but eventually drew ‘Go Directly to Jail’

It was like a game of Monopoly, with the bankrupt ‘passing Go’ several times and collecting money along the way. But luck eventually ran out for a four-time bankrupt who had obtained over $1.7 million in loans from an unsuspecting victim without disclosing to her that, at the time each loan was made, he was an undischarged bankrupt, contrary to section 269(1)(a) of the Bankruptcy Act 1966 (Cth).